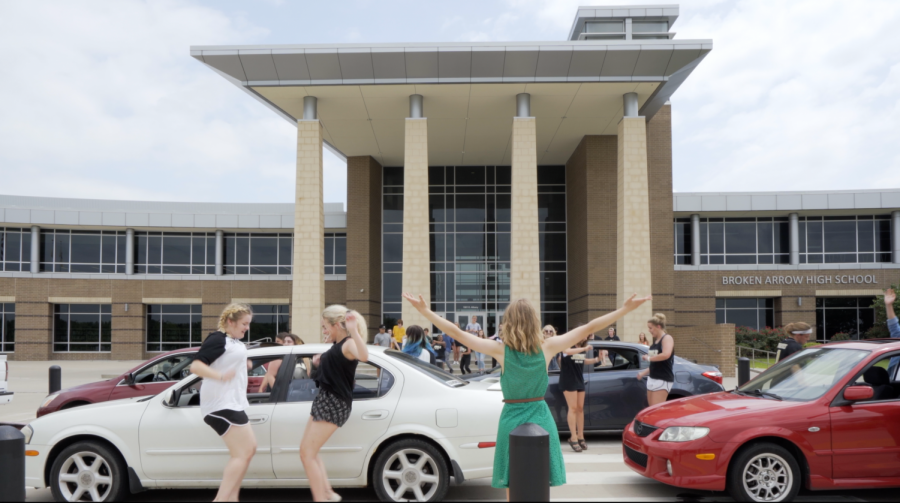 The 2018 Broken Arrow High School Lip Dub is the story of a new student who dreams of her magical first day at BAHS! Take a journey with us through the halls of “BA BA Land” as our students sing and dance to classic songs from hit musicals. The following songs appear on “BA BA Land” and you can find the main five scenes individually on bahspulse.com or the BAHS Pulse YouTube channel. “Another Day of Sun” from “La La Land” “The Greatest Show” from “The Greatest Showman” “We’re Off To See the Wizard” from “The Wizard of Oz” “Life’s a Happy Song” from “The Muppets” “Time Warp” from “Rocky Horror Picture Show” “Opening Up” from “Waitress” “We Go Together” from “Grease”

This was a group project including students and staff from ArrowVision video productions, leadership, drama, show-choir, athletics, yearbook, and more. Thanks to everyone who was involved!

The 2018 BAHS Lip Dub was shot on the Sony A7III and A7SII cameras with Sony/Zeiss 16-35 mm, 35mm, and 55mm lenses. Edited with Final Cut Pro X and color graded with Film Convert Pro.